From AIOWiki
Jump to navigation Jump to search
Emily Jones 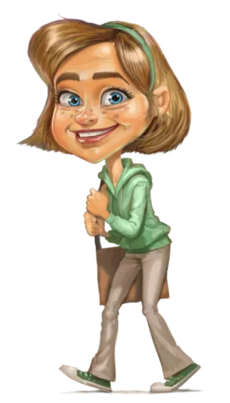 Emily Jones is a tenacious wanna-be detective. Although she is unsure of her own future and career, she is happy to give firm direction to the life of her older brother Barrett. She is always very curious but sometimes lets her curiosity get the better of her. Emily will do anything for those she cares about, no matter what it will cost her. She and her best friend, Matthew Parker started The Jones and Parker Detective Agency together and solved a plethora of cases together. Although they are no longer detective partners, Emily still continues to solve mysteries on her own. She is student body president at Odyssey Middle School.

Emily and Matthew started the Jones and Parker Detective Agency after successfully solving the mystery of Barrett's missing video game. Emily was always much more serious about solving mysteries than was Matthew. They solved many mysteries together and became crucial in foiling the Green Ring Conspiracy.

She has an older brother named Barrett. Her parents are Simon and Dorothy Jones, and she has an uncle named Max.

Emily Jones has appeared in the following albums:

Emily Jones has appeared in the following club seasons:

Emily Jones has appeared on the front cover of the following albums: