From AIOWiki
Jump to navigation Jump to search
#908: “The Christmas Bells” 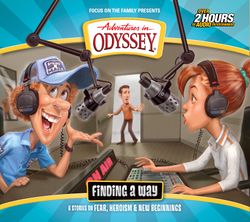 You need to enable JavaScript to vote.
The Protector
The Christmas Bells
Let’s Call the Whole Thing Off

Jason and Wilson tell Zoe the story of Henry Wadsworth Longfellow, the author of a famous Christmas carol. It’s a story filled with joy, tragedy, and ultimately truth about God’s role in difficult circumstances.