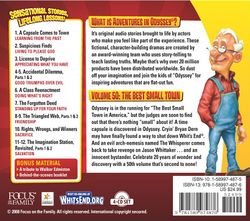 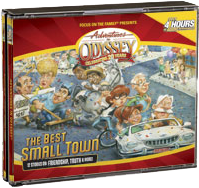 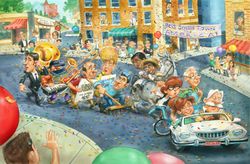 The Best Small Town is the 50th Adventures in Odyssey mainstream album. The album follows Odyssey as it enters the Best Small Town Contest. Album 50 was the last album to be released before the Odyssey team took its second hiatus from 2008 until 2010. It was released in 2008. Its episodes began airing on the radio starting on March 1, 2008 and finished on May 17, 2008.

Album 50 marks the last mainstream album appearance of the recurring characters listed below, although many of them had not made an appearance for quite some time before album 50.

The title of each episode in album alludes to the title one or more past Odyssey episodes, most of which were included in the Gold Audio Series.