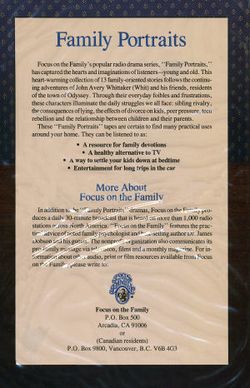 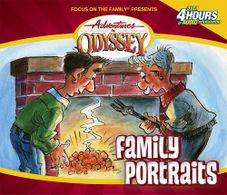 Family Portraits is an album that contains all 13 episodes of Family Portraits, the pilot series that led to the creation of Adventures in Odyssey. It was originally released in 1987 on four cassettes. It was re-released in 2012 as a digital download.

In 1987, Family Portraits, a radio drama series, aired on the Focus on the Family broadcast to see if the Christian community would respond to a new form of entertainment as an alternative to Saturday morning cartoons. Thirteen episodes were written and produced and are contained within the album, complete with the wrap-around commentary by Dr. James Dobson and co-host Mike Trout.

The show captured the hearts and imaginations of listeners - young and old and continued on to gain full production status at Focus on the Family after a largely positive reaction by the listening audience.