From AIOWiki
Jump to navigation Jump to search
#894: “A Simple Reminder” 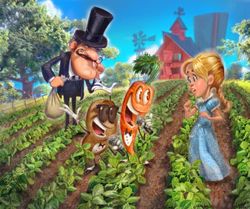 You need to enable JavaScript to vote.
Badges of Honor
A Simple Reminder
The Martyr and the Rooster

Left in charge of her father's farm, a naive girl faces temptation when a wily salesman comes calling.