From AIOWiki
Jump to navigation Jump to search
#818: “Swept Away, Part 1” 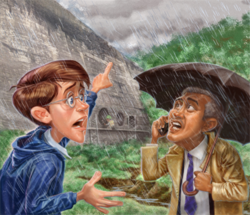 Eugene fears that the Trickle Lake dam is about to collapse and flood Odyssey... including Whit's End.