Album 57: A Call to Something More

From AIOWiki
Jump to navigation Jump to search
Album 57: A Call to Something More Preview:
Front   Back   3D   Art 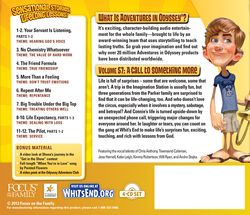 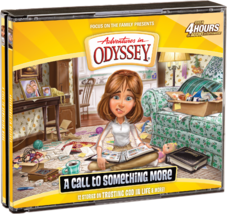 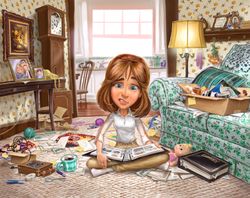 A Call to Something More is the 57th Adventures in Odyssey mainstream album. It was released on October 1, 2013. Its episodes began airing on the radio starting on August 10, 2013 and finished on October 26, 2013.

Life is full of surprises—some that are welcome, some that aren’t. A trip in the Imagination Station is usually fun, but three generations from the Parker family are surprised to find that it can be life-changing, too. And who doesn’t love the circus, especially when it involves solving a mystery behind sabotage and betrayal? And Connie’s life is turned upside-down by an unexpected phone call, triggering major changes for everyone around her. In laughter or tears, you can count on the gang at Whit’s End to make life’s surprises fun, exciting, touching, and rich with lessons from God.