From AIOWiki
Jump to navigation Jump to search
#887: “Unsinkable, Part 2” 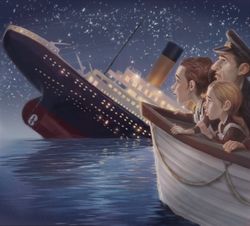 As the luxury liner takes on water, what will become of Nina, her father, Henry and the other passengers?