From AIOWiki
Jump to navigation Jump to search
Pawn's Play
Preview This Book!
{{{Preview this Book!}}}
Front   Back   3D   Art 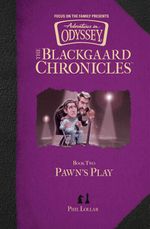 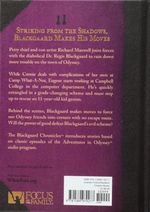 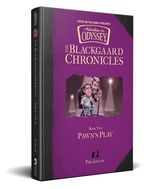 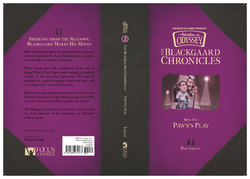 Striking from the shadows, Blackgaard makes his moves. Petty thief and con artist Richard Maxwell joins forces with the diabolical Dr. Regis Blackgaard to rain down more trouble on the town of Odyssey.

While Connie deals with complications of her own at Camp What-A-Nut, Eugene starts working at Campbell College in the computer department. He's quickly entangled in a grade-changing scheme and must step up to rescue an 11-year-old kid genius.

Behind the scenes, Blackgaard makes moves to force the folks of Odyssey into corners with no escape route. Will the power of good defeat Blackgaard's evil scheme?