From AIOWiki
Jump to navigation Jump to search
#745: “Like a Good Neighbor” 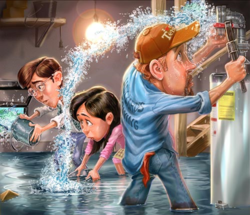 34Hearing that Jesus had silenced the Sadducees, the Pharisees got together.

40All the Law and the Prophets hang on these two commandments."
Matthew 25:40
40"The King will reply, 'I tell you the truth, whatever you did for one of the least of these brothers of mine, you did for me.'
Songs Included
[[{{{song}}}]]
Inventions Used
[[{{{invention}}}]]
Featured Charity
[[{{{charity}}}]]
Short Used
[[{{{short}}}]]
Spanish Name
{{{spanish_name}}}
Spanish Airdate
Error: Invalid time.
Soundtrack length
2:15
Previous title
“{{{name2}}}”
Host
Chris Anthony
Written by
Nathan Hoobler
Directed by
Nathan Hoobler
Produced by
Nathan Hoobler
Executive Producer
Dave Arnold
Post-Production by
Christopher Diehl
Production Assistant
[[{{{production_assistant}}}]]
Engineered by
Unknown
Music by
John Campbell
Songs by
Unknown
Other websites

You need to enable JavaScript to vote.
Mission: Unaccomplished, Part 2
Like a Good Neighbor
The Lone Lawman

Red Hollard's tools go missing and Eugene's basement is flooded when he comes home. Meanwhile, Olivia Parker discovers how to be a good neighbor.

Mrs. Kramer: Kids should not be seen or heard if you ask me.

Wooton Bassett: Sometimes my tongue moves before my brain wakes up.