From AIOWiki
Jump to navigation Jump to search
Chris Anthony 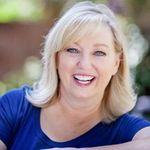 Chris Anthony Lansdowne is best known as the host of Focus on the Family's radio drama, Adventures in Odyssey. She often opened up the show in the early episodes of the show. She also closes the show with a Bible verse, a message, and the credits. As host of AIO for over thirty years, Chris is heard weekly on more than 2,000 radio stations worldwide. Aside from her work in radio drama and a long list of TV and radio commercials, Anthony's voice appeared in all Mattel talking-Barbie toys, CDs, books, games and dolls from 1994 to early 2003. Thanks to Mattel, Sony, Hasbro, Fisher Price, Milton Bradley, Sight & Sound, Knowledge Adventure, Educational Insight, and Yes Entertainment, it is conservatively estimated that one-third of the current U.S. population, under the age of 24, were entertained by the voice of Chris Anthony during their childhood. Chris has also voiced minor roles throughout the AIO series.