From AIOWiki
Jump to navigation Jump to search
Lily Graham 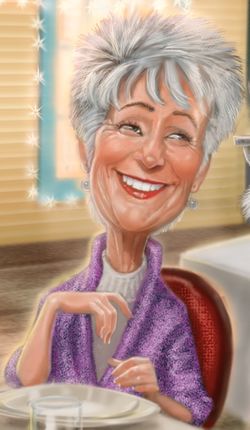 In the episode The Pilot, she is said to be 'very persuasive.'

Dr. Graham was in charge of Monty Whittaker after his plane crash during The Green Ring Conspiracy. She is known to be strict with her care. She has a personal connection to Irena Sendler.

Her mother is Ariella.

Dr. Graham has appeared in the following albums:

Lily Graham has appeared in 15 episodes, has been voiced by 3 actors, and has received an average user rating of 89%.
Retrieved from "https://www.aiowiki.com/w/index.php?title=Lily_Graham&oldid=266183"
Categories:
Hidden categories: