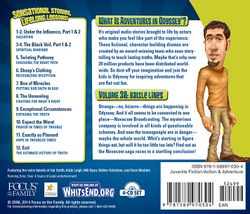 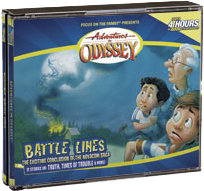 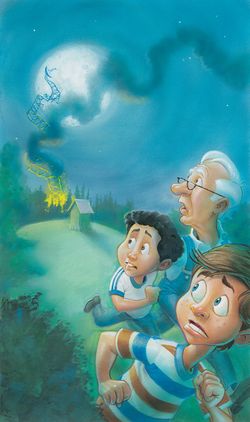 Battle Lines is the 38th Adventures in Odyssey mainstream album. Its episodes began airing on the radio starting on March 23, 2002 and finished on July 6, 2002.

Is manipulation ever OK—even if good is accomplished? This explosive conclusion to the Novacom saga, Battle Lines, explores that topic. Strange things are going on all around. Both Jason in Alaska and Whit in Odyssey witness miraculous healings and unexplainable violence. What’s more, it appears that it’s all caused by the same source. Also, Whit discovers the shocking truth about the real owner of his new shop in Connellsville - and it’s not pretty. He’s starting to put things together as this shadowy web of deceit unfolds, but will it be too little too late?

There are no extra features on this album, but the episodes do feature a total of 4 minutes and 32 seconds of extra scenes that had to be deleted from the original broadcast versions in order to keep them at the appropriate time for the radio.