From AIOWiki
Jump to navigation Jump to search
Aubrey Shepard 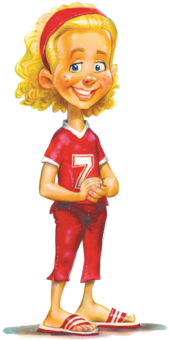 Aubrey Andromeda Shepard is a girl with strong opinions about a lot of things. When her family decided to give up their comfortable lifestyle and move to the "sticks" of Odyssey, Aubrey wasn’t happy about it. Still, she respected her family enough to endure it. Aubrey was eventually hired at Whit's End, a perfect place for her to ask the many questions she has on just about everything.

Aubrey's parents are Ben Shepard and Ellen Shepard. She has one sibling: Bethany. They all lived at the Timothy Center until Aubrey went away to college in #579: “Always”. She also has a grandma named Betty and a grandfather who wears hearing aids (#559: “The Coolest Dog”).

At the time that the Shepard family decided to move to the Timothy Center, Aubrey was not a Christian. She hated being around her family — especially her little sister Bethany, whom Aubrey often refers to as a pest. Over time, she kept rebelling against her parents and tried running away several times and even got arrested. Around this time, Whit gave her a job at Whit's End, where she got caught up in the Novacom saga and was betrayed by her best friend, Erica Colburn. From these experiences and more she decided to become a Christian. After a year-long absence, she returned to the show for a final appearance in #579: “Always” as she left her family and the Timothy Center to attend college.

Aubrey was home-schooled while she was living at the Timothy Center, although she did temporarily begin attending public school in #488: “Under the Influence, Part 1” before her parents took her out.

Aubrey Shepard has appeared in the following albums:

Aubrey Shepard has appeared in the following club seasons:

Aubrey Shepard has appeared on the front cover of the following albums:

Aubrey Shepard has appeared on the back cover of the following albums:

Aubrey Shepard has appeared in 25 episodes, has been voiced by 2 actors, and has received an average user rating of 84.5%.