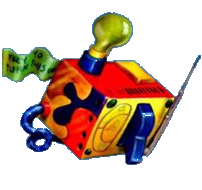 Before the Barclay family left for their Florida vacation, Whit gave Jimmy the Boredom Buster. He cautioned Jimmy that he could only use it when he was "absolutely, without question, no doubt about it, as bored as you've ever been in your life."

The "Boredom Buster" is, according to Jimmy, very difficult to open. As Jimmy described it, it's "kind of like a puzzle, but kind of like a box too." He also added that "Part of it opened up and turned and another part of it pushed in."

It took Donna Barclay more than an hour to figure it out, but when she did it lit up, and was very colorful. The device plays the Odyssey theme and Whit's voice comes on to encourage the user to go and do something even more fun. 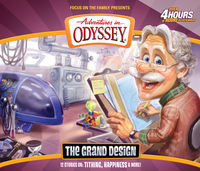