Album 52: Cause and Effect

From AIOWiki
(Redirected from Album 52)
Jump to navigation Jump to search
Album 52: Cause and Effect Preview:
Front   Back   3D   Art 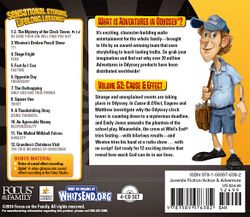 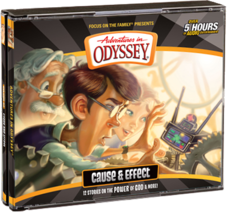 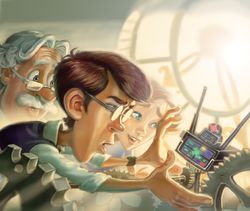 Cause and Effect is the 52nd Adventures in Odyssey mainstream album. It was released in September 2010. Its episodes began airing on the radio starting on October 2, 2010 and finished on December 18, 2010.

It's all-new Adventures in Odyssey episodes in volume 52, Cause and Effect. Join Eugene and Matthew as they investigate why the clock tower at City Hall seems to be stuck at 11:45. Could it have something to do with the anniversary of a lost love from twenty years ago? Barrett Jones couldn't be more excited about getting the lead role in the school play. But when his first practice is interrupted by a mysterious booming voice, Emily Jones and Matthew Parker must investigate the phantom of the school play. Also, perfect for the fall season, are stories on Thanksgiving (#675: “A Thankstaking Story”) and Christmas (#678: “Grandma's Christmas Visit”).