From AIOWiki
Jump to navigation Jump to search
Jesse Florea 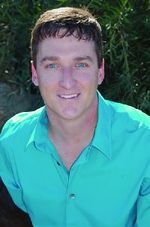 Jesse has been working with Focus on the Family for over 14 years. In that time he has edited Breakaway, Clubhouse Jr., Focus on Your Child's Tween Ages, and Clubhouse. He has also written several books and countless articles. He lives with his wife and children in Colorado Springs. He had appeared in #883: “Breaking News” as an extra. He has also been in the podcast since the beginning with Bob.