From AIOWiki
(Redirected from Album 45)
Jump to navigation Jump to search
Album 45: Lost and Found
Front   Back   3D   Art 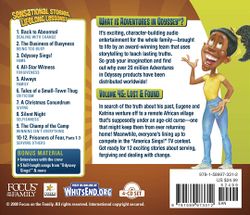 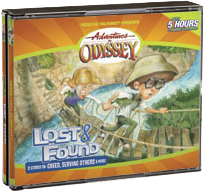 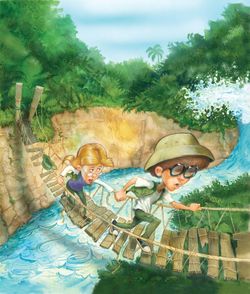 Lost and Found is the 45th Adventures in Odyssey mainstream album. Its episodes began airing on the radio starting on July 9, 2005 and finished on January 28, 2006.

Could America's newest singing sensation be found right here in Odyssey? The popular TV show "America Sings!" comes to small-town U.S.A. But do Connie, Harlow, and Bart have what it takes to be the last singer standing? Meanwhile, Eugene and Katrina are off to deepest Africa in search of clues about his past. But a raging river stands between them and the truth.

45a: The Mystery of the Lost Village 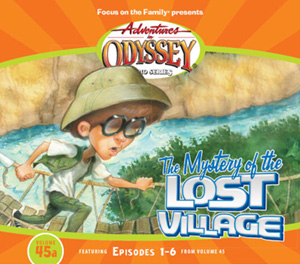 The cover of The Mystery of the Lost Village.

Main article: Album 45a: The Mystery of the Lost Village

It can't be! Could Eugene's past be connected to a lost village in Africa? Mystery surrounds Eugene and Katrina as they travel to Zaire. Caught in a struggle between two African tribes, the couple must overcome the lies that imprison their new friends.

Plus: Tom thinks all is dead and gone when he gets sued, until he finds the perfect person to be his lawyer--Eugene! Catch all the heart-pounding action, not to mention lessons on greed, dealing with change, and much more in Adventures in Odyssey's The Mystery of the Lost Village. This is the first half (episodes 1 - 6) from Volume 45: Lost and Found. 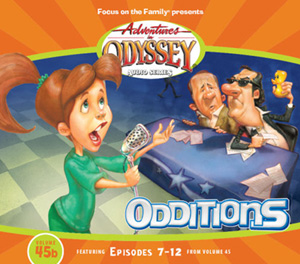 Could the newest singing sensation be found right here in Odyssey? The popular TV show "America Sings!" comes to small-town U.S.A. And naturally just about everyone who can carry a tune lines up to "oddition". But do Connie, Bart, Wooton, and Tamika have what it takes to be the last singer standing?

On another note, a different competition heats up: Christmas gift giving! Will Connie and Eugene spare no expense when it comes to buying each other presents? Meanwhile, a former Bones of Rath gang member writes a scathing, tell-all book about the town with a squeaky-clean reputation: Odyssey! Join the kids for music and mirth--plus lessons on grace, affirmation, and seeking God--in Adventures in Odyssey's Odditions. This is the second half (episodes 7 - 12) from Volume 45: Lost and Found.