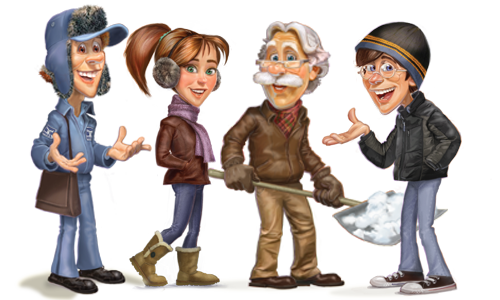 Merry Christmas
December 25, 2016
AIOWiki wishes you a merry Christmas and a happy new year. A recent issue of Clubhouse Magazine revealed that the first three episodes of the Odyssey Adventure Club: Season 4 will be titled “One More Name”. It’s about a social worker in Poland during the holocaust. Don’t miss it!

Official Podcast 267
December 21, 2016
Merry Christmas! It’s time for a free episode! In this classic story from Album 39: Friends, Family, and Countrymen, Wooton Bassett wants to help Edwin Blackgaard with an upcoming production. Liz Horton tries to find something–anything–she can do better than others. Plus, hear an interview with sound designer Allen Hurley.

A Very Bassett Wedding, Part 2
December 03, 2016
The Bassett and Wise families have arrived in town for Wooton and Penny’s big day, but a damaged dress, stomach pains, and an investigation into a missing ring mean that the couple’s walk to the altar will be anything but simple.
This is the final episode of Album #61: Without a Hitch. After you've listened to it help us fill out the details on the episode page and rate it.
Listen Online 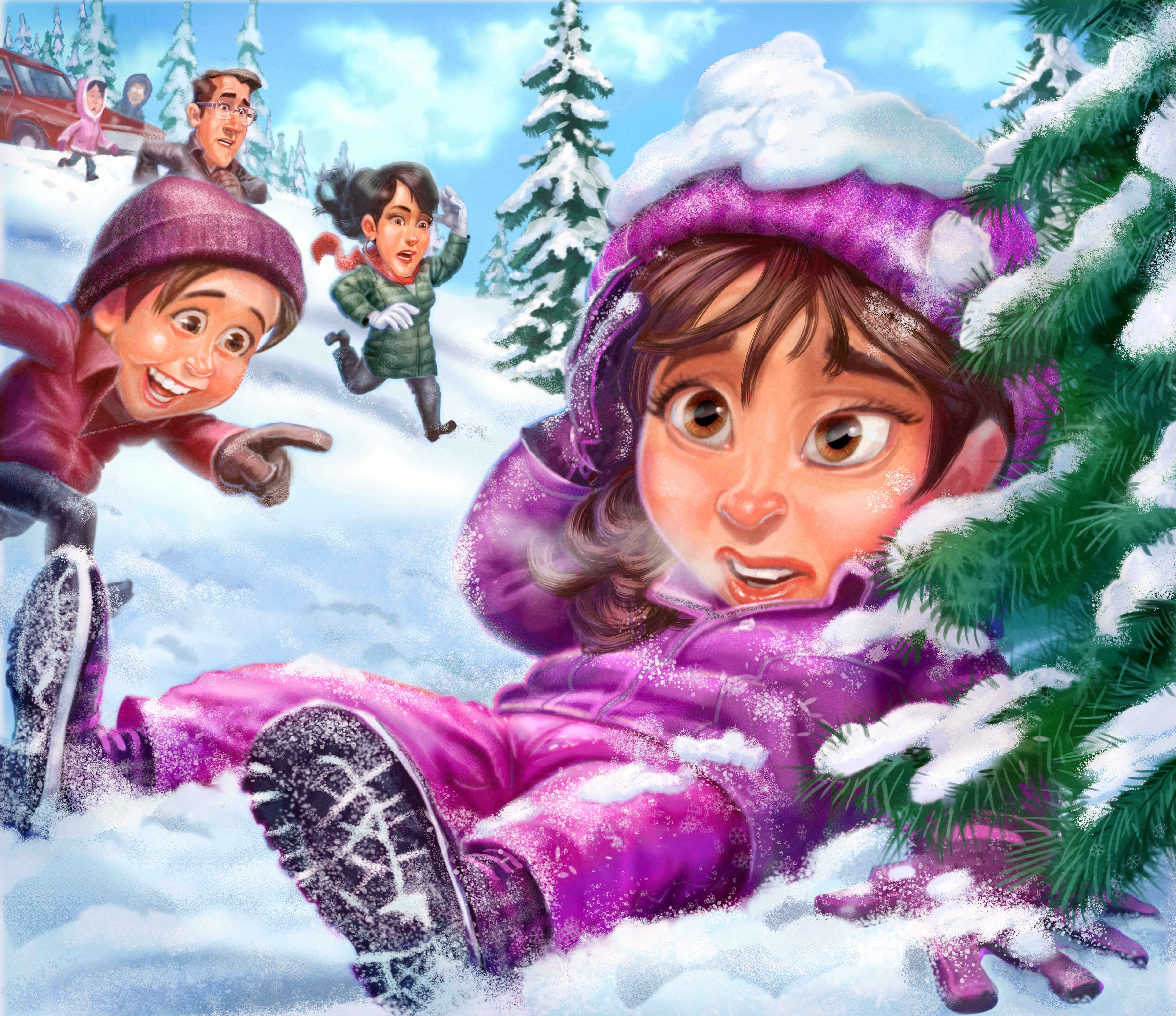 Album 62 and more!
November 28, 2016
Merry Christmas from AIOWiki! Album #61: Without a Hitch is almost finished airing, with #806: “A Very Bassett Wedding, Part 2” coming December 3rd. But before then, OAClub members will be treated with a new episode: #800: “Un-Tech the Halls”. Album #62: Let’s Put on a Show! will start releasing in the Club on December 6th! How's that for a present? Some new information is surfacing about upcoming club events; see here.

On another note: in one year, Focus on the Family will be hijacking (not literally) a Disney cruise for a 30th anniversary celebration of Adventures in Odyssey! This includes a LOT of AIO related stuff happening – see here for more details.

A Very Bassett Wedding, Part 1
November 26, 2016
The Bassett and Wise families have arrived in town for Wooton and Penny’s big day, but a damaged dress, stomach pains, and an investigation into a missing ring mean that the couple’s walk to the altar will be anything but simple.
After you've listened to it help us fill out the details on the episode page and rate it.
Listen Online

Official Podcast 265
November 22, 2016
Writer Bob Hoose and sound designer Nathan Jones go deep into the story of the creation of The Key Suspect and reveal more about the new characters Morrie and Suzu. Plus, hear a preview of the upcoming Odyssey milestone: A Very Bassett Wedding.

The Key Suspect
November 20, 2016
The Jones and Parker Detective Agency meets its match with a perplexing case involving open lockers and a rival detective.
After you've listened to it help us fill out the details on the episode page and rate it.
Listen Online

Old Tricks
November 12, 2016
When Eugene announces that he’s being considered for a new position at the college, Buck decides to help him using unscrupulous methods.
After you've listened to it help us fill out the details on the episode page and rate it.
Listen Online

Parker for President
November 05, 2016
Emily convinces Matthew to run for Student Body President, but he’s surprised to learn that the opposing candidate is his sister Olivia!
After you've listened to it help us fill out the details on the episode page and rate it.
Listen Online

The Feud of Mason County
October 29, 2016
Whit takes a much-needed prayer retreat to the mountains and lands in the middle of a decades-old family feud.
After you've listened to it help us fill out the details on the episode page and rate it.
Listen Online

Even more episodes!
October 28, 2016
On November 1, #799: “Where Your Treasure Is” will be released in the Odyssey Adventure Club! This episode's ministry is Awana, and features a new invention from Whit. In addition to this, a recording session at Salami Studios took place October 25 – 27, and many new episodes were revealed! See Odyssey Adventure Club: Season 4 for more details. Even more good news, a new Blackgaard saga book series is in the works! OAC members will gain access to it on Wednesday, November 16. 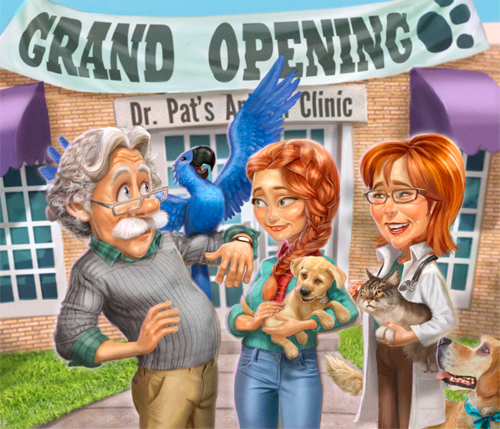 New episodes are arriving!
October 05, 2016
Four days ago, Album #61: Without a Hitch was released on CD! You can buy it here. As mentioned previously, its episodes will be airing through November and can be heard weekly on Focus on the Family’s media player. Also released on October 1st: #798: “A Forgiving Heart”! It adds to the story started in #794: “Things Not Seen”, and can be heard exclusively on the Odyssey Adventure Club. Finally, as album 61 is now released to the public, AIOWiki is pleased to reveal the cover art for album 62: here. Be careful, as the picture contains spoilers.

Air Dates for Album 61
September 14, 2016
Today we're please to tell you that the final air dates for the radio broadcast of Album 61 have been announced. Earlier we told you that it would begin airing on November 5th, 2016, instead you will actually be able to tune in to hear the newest adventures a week earlier beginning with The Feud of Mason County on October 29th and concluding with a two part episode ending on December 3rd, (title not announced here for spoiler reasons).

A Predicament of Biblical Proportions


What do a hyperactive imagination, a Bible, Odyssey Middle School, and Alice in Wonderland have in common? #797: “A Predicament of Biblical Proportions”, the newest episode from Adventures in Odyssey! In this episode, a parody of Lewis Carroll's classic book, Buddy Norman's imagination runs wild when he participates in Bring Your Bible to School Day...and gets in trouble for it! In four days, it'll be available only in the Odyssey Adventure Club.

Now, however, you don't have to be a full-fledged club member to listen to it. Focus on the Family is offering a free 14-day trial, so you can listen to over 30 exclusive episodes (including the Officer Harley Collection...!) for free!

July 27, 2016
We recently updated our server and fixed the bug that was preventing people from being able to make new accounts here at the wiki. We've also simplified the registration process. Fill out the form, click the link we send to your email and then start editing to keep the AIOWiki as the place with the world's largest amount of AIO related information. After you've signed up, if you're unsure where to go you can check out our list of Editing Projects! If you're new to editing wikis there's a great page here about it. If you have any questions about the wiki, feel free to ask on our Town Hall page. Welcome!

Eugene Sings Again?
May 19, 2016
Many years ago Will Ryan released two albums titled Eugene Sings! and Eugene Sings! Christmas. This have been unavailable to fans for many years, however Will Ryan is currently considering releasing them again. If you're interested in these albums we ask you to please vote for them here

March 21, 2016
The cover art for Album #61: Without a Hitch has been released. It will be available this October. You can pre-order your copy from Amazon.
What do you think of this cover art? Comment below, but please don't give spoilers about unaired Album 60 episodes. 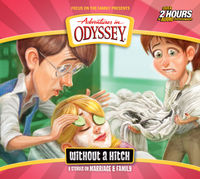