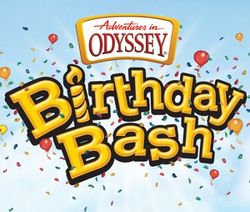 8Finally, brothers, whatever is true, whatever is noble, whatever is right, whatever is pure, whatever is lovely, whatever is admirable--if anything is excellent or praiseworthy--think about such things. 9Whatever you have learned or received or heard from me, or seen in me--put it into practice. And the God of peace will be with you.
Songs Included
[[{{{song}}}]]
Inventions Used
Imagination Station
Featured Charity
[[{{{charity}}}]]
Short Used
[[{{{short}}}]]
Spanish Name
{{{spanish_name}}}
Spanish Airdate
Error: Invalid time.
Soundtrack length
{{{soundtrack}}}
Previous title
“{{{name2}}}”
Host
Chris Anthony
Written by
Paul McCusker
Directed by
Paul McCusker
Nathan Hoobler
Produced by
Bob Hoose
Executive Producer
Dave Arnold
Post-Production by
Dave Arnold
Christopher Diehl
Jonathan Crowe
Landon Arnold
Production Assistant
[[{{{production_assistant}}}]]
Engineered by
Christopher Diehl
Jonathan Crowe
Music by
John Campbell
Songs by
Unknown
Purchase episode

You need to enable JavaScript to vote.
Something Old, Something New, Part 2
Push the Red Button (Live)
The Perfect Church, Part 1

“Push the Red Button (Live)” is a special episode of the Adventures in Odyssey audio series. It was written by Paul McCusker, was originally released on November 2012, and has not aired on the radio.

Eugene's merge program for Whit's End has bizarre consequences for Connie and Penny in the Imagination Station, and for Wooton in the Kids' Radio studio.

Note: This is the live version, which is longer than #726: “Push the Red Button” and contains many differences.

At Whit's End, Eugene Meltsner is working on a program in the control room. John Whittaker (Whit) enters the room and Eugene tells Whit about a Merge Program. Whit reminds Eugene that they decided to keep all the programs separate so that if there was a glitch or virus it wouldn't affect the whole building. Eugene simply explains to Whit that "nothing can go wrong" since Eugene developed it. Matthew Parker enters and Whit explains that Matthew is doing a project in school about computer systems and Whit wanted him to see this one first hand. Whit leaves them to attend other business in the shop.

Penny Wise and Connie Kendall enter, and Penny asks Whit what he does for inspiration. Whit suggests Penny take a trip in the Imagination Station (IS), and Connie decides to go with her. Wooton Bassett enters and Whit stops him. Wooton explains that Eugene was going to help him with a Captain Absolutely adventure, but Whit tells Wooton that Eugene is busy, so he would help Wooton.

Connie and Penny, visit Michelangelo in the Sistine Chapel and Penny is amazed. Penny asks where he gets his inspiration. His reply is that he gets it from God and his word.

In the control room, Eugene and Matthew are discussing a specific button on the keyboard. Eugene accidentally presses the button and engages the merge program prematurely.

Meanwhile in the KYDS radio studio, things begin to get weird. Foulspleen disappears, and Wooton can't return to his Wooton voice. Captain Absolutely disappears from the studio.

Foulspleen was sent to the IS and ends up meeting with Connie and Penny. He takes his ultra-defilatron and ruins the ceiling of the Sistine Chapel. Foulspleen plots to go throughout history and destroy every goodness, truth, and beauty that ever existed.

Eugene tries to figure out what to do, but he doesn't know what to do. Captain Absolutely talks with Whit and Eugene and they see that the Kids' Radio Studio is merging with the IS. Eugene goes to get a lock on everyone in the IS, while Whit tries to un-merge the programs.

Foulspleen finishes destroying the Sistine Chapel, and moves on to other pieces of beauty, truth, and goodness, such as the Eiffel Tower. Whit and Eugene pull Connie and Penny out of the IS. They ask them to think of places of truth, goodness, and beauty. Foulspleen continue traveling through history, and then Whit's End begins falling apart. Whit comes to the conclusion that Whit's End was built upon his belief in God's truth, goodness, and beauty. Since Foulspleen is destroying all that from history, he's also destroying Whit's End in the process. Matthew comes up with an idea; if they can create something beautiful at Whit's End, they could lure Foulspleen to them. They encourage Penny to try to paint something. She prays for inspiration.

Captain Absolutely has been passing through the worst moments in history, due to being shot with the ultra-defilatron. Whit, Matthew and Eugene encourage him to imagine himself back at Whit's End so he will hopefully return. Their idea works. Captain Absolutely goes to defeat Foulspleen, while Whit and Eugene go to work on something else. Foulspleen returns to destroy Penny's masterpiece. Captain Absolutely states that truth, goodness, and beauty will always exist as long as God is around. Foulspleen's invention backfires, and he becomes beautiful due to Whit's quick thinking. And thus, Captain Absolutely defeats the evil Foulspleen. Matthew suggests that all the computer needs is a good hard kick to fix everything. Matthew does so, and... the town of Odyssey explodes! Chris Anthony makes an unusual outro to the episode, but then...

Wooton finishes his telling of the dream he had the night before. Eugene enters proclaiming that he just finished a master merge program, and everyone leaves. Eugene is puzzled as to what just happened.

Additional credits for this episode include:

Eugene Meltsner: Matthew, think it through. What would happen if the button is not properly programmed, and I simply pushed like this, <pushes button> and we discovered it would wreck havoc in the entire system?

Wooton Bassett: The adventures of Captain Absolutely! Defender of Truth, Justice, and a lot more truuuuuuuuuuuuth!!!!!

Wooton Bassett: I'm as ready as a totally unprepared person could ever be!

Matthew Parker: Wow. Who uses the word "nefarious" in a crisis?
Eugene Meltsner: I have!

Matthew Parker: The Eiffel Tower is gone? Does that mean I won't have to go to French class anymore?

Jason Whittaker: Look, I don't mean to complain, but I was in the archive room, and the old episodes just keep falling off the shelves, and I just got hit on the head with part 2 of The Mortal Coil, and you know, Jason didn't even sound like me!
John Whittaker: And I didn't sound like me either, come to think of it!