From AIOWiki
Jump to navigation Jump to search
#869: “B-TV: Idolatry” 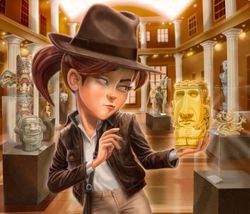 You need to enable JavaScript to vote.
All for the Guest
B-TV: Idolatry
The World of Whitonia

A collector of artifacts learns valuable lessons about idols, including that they aren't always what they appear to be.