From AIOWiki
Jump to navigation Jump to search
#739: “The Launch, Part 1” 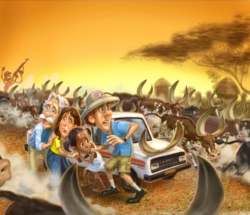 Whit and Wooton travel to Uganda to help a young woman caught in a conflict between two warring tribes.