Much Ado about Jealousy

From AIOWiki
Jump to navigation Jump to search
#856: “Much Ado about Jealousy” 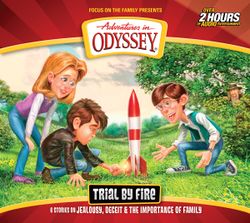 7The LORD did not set his affection on you and choose you because you were more numerous than other peoples, for you were the fewest of all peoples. 8But it was because the LORD loved you and kept the oath he swore to your forefathers that he brought you out with a mighty hand and redeemed you from the land of slavery, from the power of Pharaoh king of Egypt.
Songs Included
[[{{{song}}}]]
Inventions Used
[[{{{invention}}}]]
Featured Charity
[[{{{charity}}}]]
Short Used
[[{{{short}}}]]
Spanish Name
{{{spanish_name}}}
Spanish Airdate
Error: Invalid time.
Soundtrack length
{{{soundtrack}}}
Previous title
“{{{name2}}}”
Host
Chris Anthony
Written by
Kathy Buchanan
Directed by
Kathy Buchanan
Produced by
Nathan Hoobler
Executive Producer
Dave Arnold
Post-Production by
Christopher Diehl
Production Assistant
[[{{{production_assistant}}}]]
Engineered by
Unknown
Music by
John Campbell
Songs by
Unknown
Other websites

You need to enable JavaScript to vote.
Divided We Fall
Much Ado about Jealousy
Same Mold Story

When Jules starts turning to her new roommate Jillian for advice, Connie worries that her close relationship with her sister is being snatched away.

Jules runs up to Buck at school to ask him if he would come with her to the Connellsville mall that weekend to get autographs from Jules' favorite band. Buck says that he has something that day, and Jules thinks that he is going to Valerie Swanson's party that day. Jules walks away, a little sad. Later, Jules is complaining to Connie about it at Whit's End. Connie says that just because Buck is her friend doesn't mean that he can't go to Valerie's party. Jules gets frustrated at Connie, asking her to tell her it stinks for once. Connie gets interrupted by a birthday party and Jules says that they can talk about it later at her house.

Meanwhile, Wooton and Penny are talking about Connie's and her relationship as roommates. Wooton says that Penny could 'educate' Jillian, Connie's new roommate, about how to get along with Connie. Wooton mentions that they should make plans to celebrate their 'see-adversary,' when they first saw each other, all that time ago.

Jules gets home and consults Jillian about her problem with Buck, and makes the situation a little more than it actually is. Jillian says that, instead of sulking all weekend, they should hang out around town together. Later, Connie is driving home from work on the phone with Jules and finds out about her outing with Jillian. Connie replies that she'll just stay home watch TV with ice cream. Meanwhile, Jillian and Jules, after their laser-tagging, decided to go get Italian food and sing karaoke, then get a surprise. Jules remarks that this is "way better than ice cream in front of the TV." Later, Jillian and Jules walk in at the end of Connie's movie. After telling Connie about all that they did, Jillian says that she found a place to get facials in Connellsville. Jumping at the opportunity to get 'girl time,' Connie asks if she can come along, to which they say yes.

The next day, Penny goes to Connie's house to educate Jillian about how to act around Connie and be a better roommate. She lists her least favorite words, which happen to be moist and mucus, how she hates to wash dishes, and not to talk to her before 7 A.M. Jillian has already solved the last two problems, though, causing Penny to complain to Wooton about this later. Penny results to make sure Connie still knows that she is her best friend.

Meanwhile, Connie, Jillian, and Jules are getting the face massage. Connie, wondering why it smells, finds out the all-natural thing being rubbed on her face are snails! The massaging lady says that the facial product contains snail mucus, and it makes the face feel moist, two of Connie's least favorite words. Jillian and Jules say that they already knew what it is and that they assumed that Connie did, too. She gets the snail mucus off of her face and runs away to was it! At home, Connie is still rubbing the "snail slime" off of her face. Jules tells her that she looks up to Jillian and that they're going our to again. After Jules leaves, Connie hears that there are three Angry Sandwiches concert tickets being given away. She hurriedly grabs the phone and answers the question correctly, winning the three tickets!

After Connie tells Jules this, she realizes that she had plans with Penny that night. She calls her, thinking that she'll understand, which Penny tells her she does. After she hangs up, she starts following Wooton around. While she is doing this, Wooton confronts her saying that she "doesn't need to be jealous of Jillian." Penny responds that she isn't, and is just worrying about being replaced. Wooton goes to get his shoes on and says that, since Connie wants to reschedule until tomorrow, they can celebrate the next day. Wooton admits that he was jealous when Penny's former fiancé and tries to make a point between the two situations. Penny still thinks she's not jealous and continues to follow Wooton around.

The next day, Penny walks into Whit's End to talk to Connie, who admits that she is jealous of Jillian, too, but of the way Jules looks up to her, to Penny's surprise. Jules walks in, asking if she can 'hideout' there to get a break from Jillian. Connie is confused, and Jules explains that she's having a little too much of living life to the fullest. Jules says that she still wants Connie around and says that she needs her. Penny agrees that no one can replace her either. Buck and Wooton walk in and explains that he was invited to Valerie's party, but isn't going, as Jules assumed. Buck says that he was really working on a comic book with Wooton about his and Jules' relationship. Everyone makes up, Connie and Jules, Jules and Buck, and Wooton and Penny. Jillian walks in and says that Buck is the boy friend that she heard about, and everyone is confused, but Jules steers the conversation away from that topic...