From AIOWiki
Jump to navigation Jump to search
#870: “The World of Whitonia” 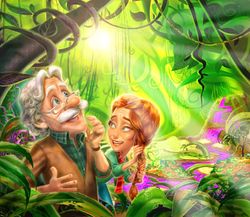 10He was in the world, and though the world was made through him, the world did not recognize him.

11He came to that which was his own, but his own did not receive him.

You need to enable JavaScript to vote.
B-TV: Idolatry
The World of Whitonia
Icky and Kat and Balty and Bones