Failing to the Finish Line

From AIOWiki
Jump to navigation Jump to search
#840: “Failing to the Finish Line” 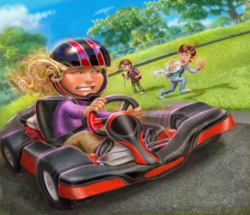 Promo
Not Available
Sample
Not Available
Rating
Current user rating: 99/100% (6 votes)
You need to enable JavaScript to vote.
Met His Match
Failing to the Finish Line
Drake and the Time That Time Forgot

The Square One Club’s passion for inventing shifts into high gear when Matthew builds an impressive go-kart engine. Meanwhile, Eugene starts work with a nerdy intern.