From AIOWiki
Jump to navigation Jump to search
#839: “Met His Match” 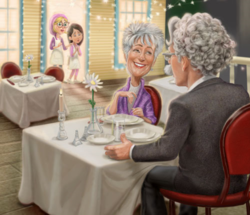 Convinced that Whit is lonely, Penny and Olivia play Cupid in hopes of introducing him to the next Mrs. Whittaker.