From AIOWiki
Jump to navigation Jump to search
#742: “Drake the Cosmic Copper” 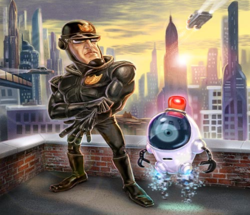 Wooton shares a wacky new comic book set 100,000 years in the future where a detective and his robot assistant investigate a mysterious group of aliens. 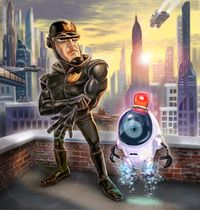