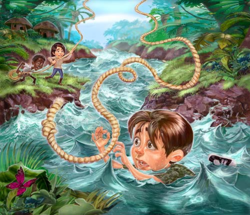 The Parker family journeys to Kenya excited to help the local children, but quickly find their big plans changed by injuries and surprises.

David Parker: But we just got here!
Eva Parker: Yep! And you're my first patient!