Pinocchio: The Tale of a Foolish Puppet, Part 2

From AIOWiki
Jump to navigation Jump to search
#772: “Pinocchio: The Tale of a Foolish Puppet, Part 2” 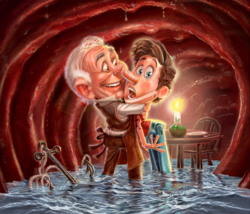 Geppetto’s mischievous marionette experiences more ups and downs during his quest to make wiser choices and become a real boy.