From AIOWiki
Jump to navigation Jump to search
#773: “Hidden Gems” 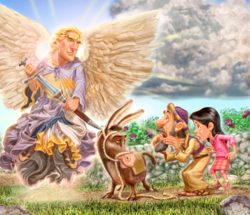 You need to enable JavaScript to vote.
Pinocchio: The Tale of a Foolish Puppet, Part 2
Hidden Gems
Walter's Flying Bus

When Olivia assumes she knows all the stories in the Bible, Whit uses the Imagination Station to prove otherwise.