From AIOWiki
Jump to navigation Jump to search
#838: “Rewinding the Big Picture” 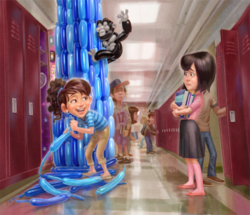 2"I know that you can do all things; no plan of yours can be thwarted.
Matthew 10:29-31
29Are not two sparrows sold for a penny ? Yet not one of them will fall to the ground apart from the will of your Father.

30And even the very hairs of your head are all numbered.

You need to enable JavaScript to vote.
Out of the Picture
Rewinding the Big Picture
Met His Match

When Camilla thinks her friend Maisey needs cheering up, but her comments keep backfiring, Whit sends her in the Room of Consequence to give Camilla a second chance to say the right things. And a third. And a fourth.