Between Camp and a Hard Place, Part 2

From AIOWiki
Jump to navigation Jump to search
#865: “Between Camp and a Hard Place, Part 2” 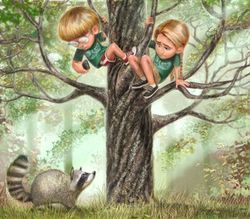 9But he said to me, "My grace is sufficient for you, for my power is made perfect in weakness." Therefore I will boast all the more gladly about my weaknesses, so that Christ's power may rest on me. 10That is why, for Christ's sake, I delight in weaknesses, in insults, in hardships, in persecutions, in difficulties. For when I am weak, then I am strong.
Songs Included
[[{{{song}}}]]
Inventions Used
[[{{{invention}}}]]
Featured Charity
Christian Camp and Conference Association
Short Used
[[{{{short}}}]]
Spanish Name
{{{spanish_name}}}
Spanish Airdate
Error: Invalid time.
Soundtrack length
3:03
Previous title
“{{{name2}}}”
Host
Chris Anthony
Written by
Marshal Younger
Directed by
Marshal Younger
Produced by
Nathan Hoobler
Executive Producer
Dave Arnold
Post-Production by
Christopher Diehl
Production Assistant
[[{{{production_assistant}}}]]
Engineered by
Unknown
Music by
John Campbell
Songs by
Unknown
Other websites

Kids and counselors face numerous challenges as the competition heats up at Camp What-A-Nut.