From AIOWiki
Jump to navigation Jump to search
#866: “Rumpelstiltskin: A Wee Little Tale” 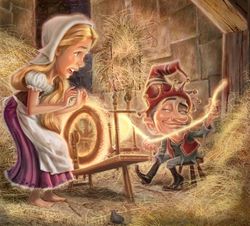 14"You are the light of the world. A city on a hill cannot be hidden.

15Neither do people light a lamp and put it under a bowl. Instead they put it on its stand, and it gives light to everyone in the house.

You need to enable JavaScript to vote.
Between Camp and a Hard Place, Part 2
Rumpelstiltskin: A Wee Little Tale
Take Every Thought Captive

A fresh spin on the classic tale of a greedy king, a desperate girl, and an elf who turns straw into gold — for a price.