The Legend of Sperry McGerk

From AIOWiki
Jump to navigation Jump to search
#820: “The Legend of Sperry McGerk” 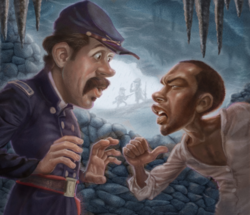 Whit shares the story of a Civil War soldier who passed through Odyssey on his way to a life-changing encounter.