From AIOWiki
Jump to navigation Jump to search
#815: “One More Name, Part 3” 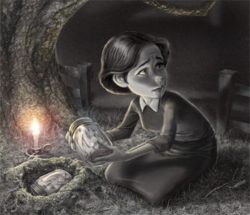 The Nazis are closing in. What will happen to Irena and her jars containing the children’s locations and identities?