Lifted Out of Context

From AIOWiki
Jump to navigation Jump to search
#873: “Lifted Out of Context” 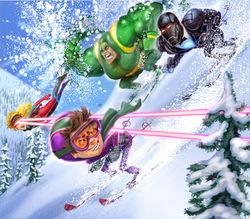 You need to enable JavaScript to vote.
The Morning Star
Lifted Out of Context
Rightly Dividing

After Buddy's fears get the best of him, a young daredevil gives him a pep talk from the Bible ... sort of.