From AIOWiki
Jump to navigation Jump to search
#872: “The Morning Star” 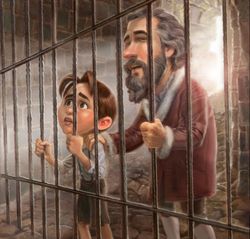 14Therefore, since we have a great high priest who has gone through the heavens, Jesus the Son of God, let us hold firmly to the faith we profess.

15For we do not have a high priest who is unable to sympathize with our weaknesses, but we have one who has been tempted in every way, just as we are--yet was without sin.

You need to enable JavaScript to vote.
Icky and Kat and Balty and Bones
The Morning Star
Lifted Out of Context

During a visit to London in 1413, Matthew Parker is shocked to discover that most people can’t read the Bible.