From AIOWiki
Jump to navigation Jump to search
#845: “Walk Worthy” 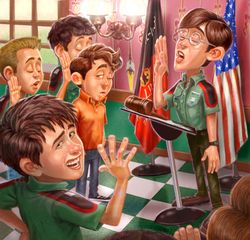 You need to enable JavaScript to vote.
Charlotte
Walk Worthy
The Last Straw

Buddy and Jay explore what it means to live with integrity as members of a wilderness troop for boys.