From AIOWiki
Jump to navigation Jump to search
#896: “The Forever Gift” 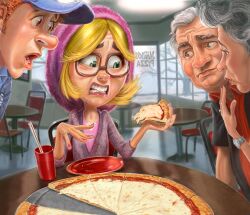 You need to enable JavaScript to vote.
The Martyr and the Rooster
The Forever Gift
Teach a Man

Penny can't wait to revisit her hometown, then is shocked to discover how much things have changed.