From AIOWiki
Jump to navigation Jump to search
#766: “The Cure, Part 1” 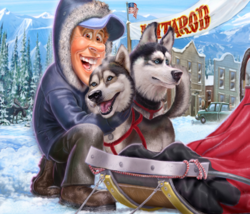 21In his name the nations will put their hope."
Romans 15:13
13May the God of hope fill you with all joy and peace as you trust in him, so that you may overflow with hope by the power of the Holy Spirit.
1 Peter 1:3-4
3Praise be to the God and Father of our Lord Jesus Christ! In his great mercy he has given us new birth into a living hope through the resurrection of Jesus Christ from the dead, 4and into an inheritance that can never perish, spoil or fade--kept in heaven for you,
Jeremiah 29:11
11For I know the plans I have for you," declares the LORD, "plans to prosper you and not to harm you, plans to give you hope and a future.
Songs Included
[[{{{song}}}]]
Inventions Used
[[{{{invention}}}]]
Featured Charity
Carry the Cure
Short Used
[[{{{short}}}]]
Spanish Name
{{{spanish_name}}}
Spanish Airdate
Error: Invalid time.
Soundtrack length
1:55
Previous title
“{{{name2}}}”
Host
Chris Anthony
Written by
Dave Arnold
Directed by
Dave Arnold
Produced by
Nathan Hoobler
Executive Producer
Dave Arnold
Post-Production by
Nathan Jones
Production Assistant
[[{{{production_assistant}}}]]
Engineered by
Jonathan Crowe
Music by
John Campbell
Songs by
Unknown
Other websites

Wooton's visit home leads to surprise encounters and a chance to carry the Gospel into remote Alaskan villages during the Iditarod.