From AIOWiki
Jump to navigation Jump to search
#796: “The Boat People, Part 2” 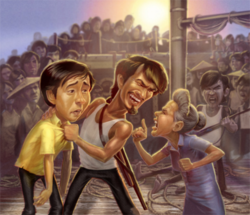 Based on actual events, hundreds of Vietnamese refugees encounter pirates and other threats while adrift at sea.