From AIOWiki
Jump to navigation Jump to search
Brandon Gilberstadt 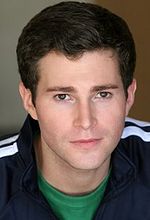 Brandon Gilberstadt was born on July 29, 1986, in California. He has three older brothers, and was home-schooled for awhile due to being so busy acting.

He began work on AIO in 1997 voicing the conspiracy theorist Jared DeWhite. When he began work on 100 Deeds for Eddie McDowd, he had to leave the show rather abruptly. His disappearance was later explained as his character, Jared DeWhite and family being put into the Witness Protection Program. His character returned in Strange Boy in a Strange Land in 2001, and most recently was in The Triangled Web, though his character is not expected to return to the show. He also appears in For Three Dollars More as adult Matthew Parker.