From AIOWiki
Jump to navigation Jump to search
#925: “Triple-Decker Sundae” 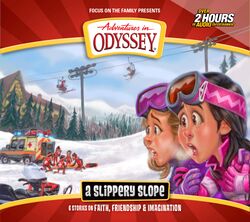 You need to enable JavaScript to vote.
Higher than Our Ways
Triple-Decker Sundae
Set a Watchman

Olivia finds that putting together her personal testimony for church is more challenging than she realized. Friends give advice that is both helpful and harmful.

Olivia Parker: So, Leonid, why are you intruding again?
Leonid Sepanov: No, no, no. Russians never intrude, we invade.