From AIOWiki
Jump to navigation Jump to search
Alvin York 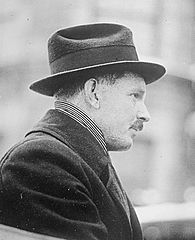 Sergeant Alvin York is an American who served in WWI and became a decorated hero.

As a young man Alvin drank and gambled with his childhood friend Everett Delk. After Everett's death he gave his life to Jesus and became a committed Christian. Initially in his early Christian walk he was a pacifist, believing that any kind of fighting was sinful. However, he was later confronted with the fact that sometimes fighting was necessary for peace. Later he became a decorated soldier in World War I.

Initially Alvin was a rowdy man who drank and gambled with his friend Everett Delk. However, one night during a poker game with two men named G.W. and Frank, a fight ensued and Everett was killed when he was hit with a table on his head. After Everett's death he became a Christian and became deeply involved in the church and his community as well. The Christian denomination he was a party of believed in being fully pacifist and avoiding any kind of fighting whatsoever. During this time he also developed a romantic relationship with Gracie Williams.

However he was drafted into the US Army for World War I where he met Robert Kosinsky, Murray Savage, and Harry Parsons in basic training. Initially he adamantly maintained his pacifist ideals to the initial loathing of Captain Danforth. He was then confronted with the fact that war was necessary for peace. After contemplating the issue he decided to be a peacemaker and went to war and became one of the most decorated soldiers of World War I. Following the war, he returned home and married Gracie.

Alvin has a mother Mrs. York and 10 brothers and sisters, including Robert York. His wife is Gracie Williams. His father is dead.