From AIOWiki
Jump to navigation Jump to search
Victor DiMattia 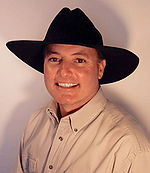 Victor DiMattia was the second voice of Dylan Taylor in the Adventures in Odyssey animated series, beginning in A Fine Feathered Frenzy. Victor also has appeared in numerous films and television shows, including Married with Children, Dennis the Menace, Family Ties, Growing Pains, Empty Nest, Turner and Hooch, and The Sandlot.