There and Back Again, Part 2b

From AIOWiki
Jump to navigation Jump to search
#824: “There and Back Again, Part 2b” 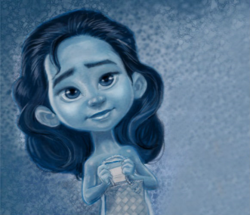 5Surely you will summon nations you know not, and nations that do not know you will hasten to you, because of the LORD your God, the Holy One of Israel, for he has endowed you with splendor."
Songs Included
[[{{{song}}}]]
Inventions Used
[[{{{invention}}}]]
Featured Charity
Focus on the Family New Zealand
Short Used
[[{{{short}}}]]
Spanish Name
{{{spanish_name}}}
Spanish Airdate
Error: Invalid time.
Soundtrack length
2:37
Previous title
“There and Back Again, Part 2½”
Host
Chris Anthony
Written by
Dave Arnold
Directed by
Dave Arnold
Produced by
Nathan Hoobler
Executive Producer
Dave Arnold
Post-Production by
Christopher Diehl
Production Assistant
[[{{{production_assistant}}}]]
Engineered by
Christopher Diehl
Music by
John Campbell
Songs by
Unknown
Other websites

The mystery of Tarore is solved when Pastor Knox visits an old friend and hears the dramatic story of how God’s truth came to New Zealand.