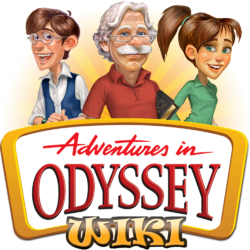 The Adventures in Odyssey Wiki was created by Corey van der Laan—going by the name of Shadowpaw—and went live on April 25th, 2007. Prior to creating the wiki, Shadowpaw maintained a separate website called The Soda Fountain which included information about Adventures in Odyssey, including albums, episodes, cast, crew, and other unique features.

When the wiki was first launched, Shadowpaw posted the following message:

Shadowpaw created the wiki as a community project to which anyone could contribute. As such, most of the work building out the site was completed by the Odyssey online community while Shadowpaw continued to focus on The Soda Fountain.