It was dropped in our #AIOStreetTeam meeting by Christi Lynn, however we don't want to make any changes until January or when an Official Logo is Released... just want to be ready as we will have to modify all the Season 4 episode pages, etc. No idea if the domain will change, but I assume so... ~ OdysseyFan (talk) 07:52, 26 November 2016 (MST)

Sounds like it has credibility. Wish I could be part of a meeting like that sometime Scientific Guy (talk / AIOC Episode Timeline) 10:06, 26 November 2016 (MST)

Wait OdysseyFan you were at the meeting too? (Question:did you win the giveaway and was your username OdysseyFanDan or something like that? 'Cause I was Allison Barrett, the third winner... XD) Sorry, just thought that it was cool you were there. <D AristaMaxwell (talk) 07:13, 30 November 2016 (MST) 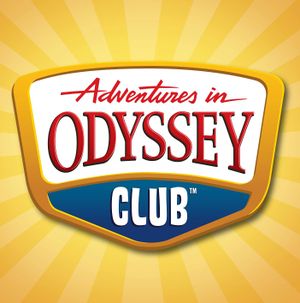 Although the name was changed from the Odyssey Adventures Club to Adventures in Odyssey Club, the website domain is still oaclub.org WootonBasset (talk) 10:34, 6 May 2019 (MDT)

Should information about the Adventures in Odyssey Club apps (such as for web, iOS, Android, and possibly third party apps) be listed here? If so, I would like to add a section on them. MasterOfTheTiger (talk) 07:51, 18 September 2019 (MDT)