From AIOWiki
Jump to navigation Jump to search
Grim 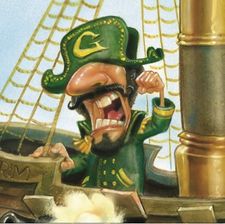 Grim symbolizes death, being an incarnation of the Grim Reaper.

In #144: “Someone to Watch Over Me”, Grim pursues Jimmy Barclay in a dream that Jimmy experiences while in a coma resulting from an injury sustained from a fall from the Wonderworld Treehouse. Grim tries to kill Jimmy 4 times but is ultimately stopped by the angel Nagle.

Grim returns to pursue Dylan Taylor in Someone to Watch Over Me (video), attempting 3 separate times to kill Dylan before again being stopped by Nagle.

As the personification of death, he has no family.

Grim has appeared in 1 episode, has been voiced by 1 actor, and has received an average user rating of 94%.
Retrieved from "https://www.aiowiki.com/w/index.php?title=Grim&oldid=236244"
Categories:
Hidden categories: