From AIOWiki
Jump to navigation Jump to search
Nagle 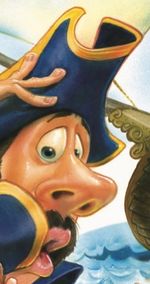 Nagle is an angel, and arguably the guardian angel for both Jimmy Barclay and Dylan Taylor. It is unknown if Nagle actually exists or if he is only within the boys' imagination since the adventures involving him occurr within comas. When put into an anagram solver, Nagle's name spells "ANGEL."

God and the other angels.

Nagle has appeared in 1 episode, has been voiced by 1 actor, and has received an average user rating of 94%.